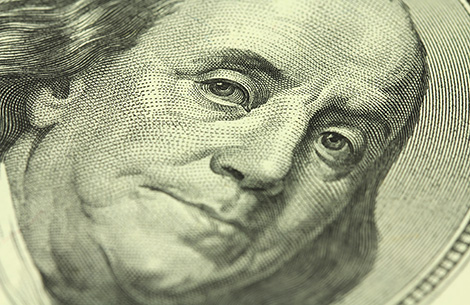 Be Ready for Increased Focus on Pay Equity in 2017

Cheryl L. Behymer, Esq.
Partner, Fisher Phillips LLP
Pay equity issues took center stage when the Lilly Ledbetter Act was signed into law by President Obama in 2009, the first such federal legislation to be enacted in an effort to close the wage gap between genders. This statute ushered in a new era for pay equity, and the effects continue to ripple throughout the country with no signs of slowing down.

That Act overturned a U.S. Supreme Court decision that had denied recovery to a woman named Lilly Ledbetter, who was allegedly paid less than similarly situated males. The federal law established that the statute of limitations for this kind of violation begins anew for each paycheck issued. But the signing of this statute was just the beginning. This article will summarize the five major developments that have evolved in the last several years and that will continue to impact employers: early efforts at pay equity enforcement; a revised and beefed-up EEO-1 Report; state efforts at addressing pay equity; pay transparency; and a new “Triple Threat” for employers.

The year after the Lilly Ledbetter Act was signed, the president created the National Equal Pay Enforcement Task Force that included Patricia Shiu, the recently-appointed Director of the U.S. Department of Labor’s Office of Federal Contract Compliance Programs (OFCCP), the agency that enforces affirmative action compliance for federal contractors and subcontractors. And in 2013, OFCCP issued Directive 307, vowing to increase its pursuit of compensation disparities using any and all means possible and rooting out compensation disparities of any size and type. This Directive rescinded the agency’s prior triggers and thresholds upon which federal contractors had relied for guidance about the viability of their compensation programs.

But these weren’t the biggest bombshells when it comes to federal efforts to address pay equity issues. That honor would go to the revised EEO-1 Report, officially unveiled in 2016, requiring a mountain of new data to be reported to the government by 2018, but covering 2017 compensation models. In other words, as of January 1, 2017, employers will find that their pay structures will be under the federal microscope like never before.

OFCCP initially proposed regulations to resurrect its prior Equal Pay Report (the former “EO Report”) that would have required federal contractors to provide detailed compensation reports on an annual basis. When OFCCP had a similar requirement years before, its own statistical reports had called the validity of the data into question—noting that the data identified both false positives and false negatives, instead of providing accurate predictions of compensation disparities. Consequently, after receiving many negative comments to the proposed regulations, OFCCP dropped the Equal Pay Report regulatory route and turned the project over to the Equal Employment Opportunity Commission (EEOC).

The EEOC decided to modify the EEO-1 Report to collect pay data with the goal of identifying employers with potential compensation issues and creating industry benchmarks. Thus, the revised EEO-1 Report was born, which will soon impact all employers—federal contractor and non-federal contractor alike—if they have 100 or more employees and are subject to Title VII of the Civil Rights Act of 1964.

The EEO-1 Report itself isn’t a new concept. Employers have been providing workforce demographic data to the EEOC and the OFCCP since the 1970’s. All employers with 100 or more employees, and all federal contractors with 50 or more employees and a government contract of $50,000 or more, file an annual EEO-1 Report that provides demographic race/ethnicity and gender data about the company’s workforce by job category.

…employers with 100 or more employees will now be required to provide summary pay data and hours worked by their employees in 2017.

But here’s what will be new for many employers. While the EEOC annually collects information about the number of employees by job category and by sex, race, and ethnicity, employers with 100 or more employees will now be required to provide summary pay data and hours worked by their employees in 2017. Federal contractors with 50-99 employees will continue to submit the EEO-1 Report without pay data or hours worked information. Rather than the former September 30 deadline for the EEO-1 Report, employers must file the 2017 data by March 31, 2018 to allow them to collect the data through December 31, 2017.

This change means that employers must report significant information about their pay practices to the EEOC and OFCCP, which, in turn, will use the information to identify disparities and areas of potential pay discrimination to determine where they will take enforcement action. While March 2018 may not seem to be a pressing deadline, it is important to realize that this EEO-1 Report will capture compensation data for 2017, meaning that employers’ current pay practices will be under scrutiny in the not-too-distant future.

3. The States Get In on the Pay Equity Trend

Another developing trend has seen the individual states take up the issue of pay equity when it comes to their own laws, creating a patchwork of varying obligations across the country. Not surprisingly, California has been in the forefront of states that have recently issued pay equity laws. In fact, in late 2016, California expanded its gender equity requirements to include race and ethnicity, similar to the EEO-1 Report outlook.

New York also recently passed employee-friendly laws requiring gender equity, and the Governor of Massachusetts signed a new gender pay equity law in August 2016. The Massachusetts law, effective in 2018, includes a safe harbor provision for employers that conduct self-audits and take steps to correct any identified disparities. Massachusetts employers may not ask an applicant about his or her salary history—an effort to ensure employers are not basing compensation on what the person had previously been earning, rather than what the job is “worth.”

Maryland has a law in place similar to the New York law, and Oregon has proposed a law following the California and Massachusetts models (which is moving through the legislature as of January 2017). No doubt we will continue to see an increase in individual states developing their own pay equity laws. In addition to the states with “new” or “improved” pay equity laws, many states have older laws that have recently received increased attention and been used with renewed enthusiasm.

4. How Does OFCCP View Pay Transparency?

In addition, the pay transparency notice component of the Fair Pay and Safe Workplaces Act was not included in the recent injunction of two of the three sections of the Act and it is still in place. The Fair Pay’s notice requires the contractor to notify its exempt and independent contractors of their status and to provide wage statements. (The remaining Fair Pay and Safe Workplaces Act regulations, including the so-called “blacklisting” rules, were blocked by a federal court just before they were scheduled to become effective. As a result, federal contractors who met those high thresholds currently do not need to worry about making mandatory disclosures of violations or about whether their arbitration agreements can include sexual harassment and similar tort claims.)

Finally, employers need to worry about the sinister-sounding “Triple Threat,” which sounds more like a weapon used by a comic book villain that an increasingly common legal tactic. More employees and former employees are filing lawsuits under the Equal Pay Act, which uses the same two-step conditional certification process seen in FLSA cases. Conditional certification is easily granted and hard to fight, resulting in the recent swarm of FLSA wage and hour collective action cases. Plaintiffs’ attorneys who have honed their skills with FLSA collective actions over the last decade are now starting to realize that the same principles apply to pay equity claims. Thus, pay equity poses a triple threat: EEO-1 reporting requirements; new and revised state pay equity laws; and increased class-like federal litigation.

Conclusion: What Can We Expect in the Trump Administration?

Looking forward to the future of pay equity, President Trump has made it clear that he is a businessman who understands the needs of the business community and who will support business in America. At the same time, he has made some campaign statements supporting pay equity that may be difficult for him to discount during at least the early years of his administration. Globally, pay equity and pay transparency have become the norm for many of the European countries where employers are preparing to publicize their pay analyses under government regulations.

Although we may see some modifications to the federal EEO-1 pay data reporting requirements, until the EEOC has a different party balance, it is unlikely that the EEO-1 requirements will change dramatically. While the status of the EEO-1 pay data reporting may be somewhat uncertain, employee-friendly states may push through additional state pay equity legislation to address this issue. No doubt that pay equity is a hot-button topic, and it is here to stay.
REQUEST MORE INFO