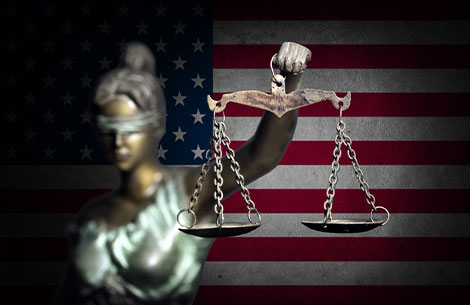 In Dukes, the Court began by explaining that plaintiffs alleged that "that their local managers' discretion over pay and promotions is exercised disproportionately in favor of men, leading to an unlawful disparate impact on female employees, see 42 U. S. C. §2000e–2(k)." Dukes, 564 U.S. at 344-45. The particular provision of Title VII that that the Court cited is now the statutory basis for disparate impact claims and is a carefully crafted provision reflecting the political compromise that resulted in the Civil Rights Act of 1991. Under the statutory framework, to state a disparate impact claim, the plaintiff must "demonstrate[] that [the employer] uses a particular employment practice that causes a disparate impact on the basis of" a protected classification. 42 U. S. C. §2000e–2(k)(1)(A)(i).

In Dukes, the Court found that the plaintiffs' allegations of disparate impact failed because "[o]ther than the bare existence of delegated discretion, respondents have identified no ‘specific employment practice' . . . " 564 U.S. at 357. The Court justified its holding by reference to its precedents on disparate impact claims in the context of delegated discretion:
In the landmark case of ours which held that giving discretion to lower-level supervisors can be the basis of Title VII liability under a disparate-impact theory, the plurality opinion conditioned that holding on the corollary that merely proving that the discretionary system has produced a racial or sexual disparity is not enough. "[T]he plaintiff must begin by identifying the specific employment practice that is challenged." Watson, 487 U. S., at 994; accord, Wards Cove Packing Co. v. Atonio, 490 U. S. 642, 656 (1989) (approving that statement), superseded by statute on other grounds, 42 U. S. C. §2000e–2(k).

Dukes, 564 U.S. at 357.
In Watson, the Supreme Court ruled that "disparate impact analysis is in principle no less applicable to subjective employment criteria than to objective or standardized tests. In either case, a facially neutral practice, adopted without discriminatory intent, may have effects that are indistinguishable from intentionally discriminatory practices." 487 U.S. at 990.

However, the Court has provided several significant conditions on disparate impact challenges to "subjective employment criteria" and two among them were important to the Court's reasoning in Dukes. First, in Watson, the Court explained: "It is true, to be sure, that an employer's policy of leaving promotion decisions to the unchecked discretion of lower level supervisors should itself raise no inference of discriminatory conduct." 487 U.S. at 990. Second, in Ward's Cove, the Court adopted Justice O'Connor's opinion in Watson about the prerequisites for stating a prima facie case of disparate impact in the context of challenges to "subjective employment criteria":
[W]e note that the plaintiff's burden in establishing a prima facie case goes beyond the need to show that there are statistical disparities in the employer's work force. The plaintiff must begin by identifying the specific employment practice that is challenged. Although this has been relatively easy to do in challenges to standardized tests, it may sometimes be more difficult when subjective selection criteria are at issue. Especially in cases where an employer combines subjective criteria with the use of more rigid standardized rules or tests, the plaintiff is in our view responsible for isolating and identifying the specific employment practices that are allegedly responsible for any observed statistical disparities.

Watson, 487 U.S. at 994, adopted by a majority of the Court in Ward's Cove, 490 U.S. at 656.
In Watson, Justice O'Connor provided examples of "subjective selection criteria" that might be offered to meet this initial burden of "identifying the specific employment practice," including criteria such as "common sense, good judgment, originality, ambition, loyalty and tact." 487 U.S. at 991.

In Ward's Cove, the Court emphasized the importance of the requirement of "isolating and identifying the specific employment practices":
Our disparate-impact cases have always focused on the impact of particular hiring practices on employment opportunities for minorities. Just as an employer cannot escape liability under Title VII by demonstrating that, "at the bottom line," his work force is racially balanced (where particular hiring practices may operate to deprive minorities of employment opportunities), see Connecticut v. Teal, 457 U.S., at 450, 102 S.Ct., at 2532, a Title VII plaintiff does not make out a case of disparate impact simply by showing that, "at the ** bottom line," there is racial imbalance in the work force. As a general matter, a plaintiff must demonstrate that it is the application of a specific or particular employment practice that has created the disparate impact under attack. Such a showing is an integral part of the plaintiff's prima facie case in a disparate-impact suit under Title VII.

490 U.S. at 656-57.
The specific employment practice requirement was later codified into the Title VII provision, discussed above, through the Civil Rights Act of 1991.

It is true that Executive Order 11246 does not contain text similar to the disparate impact provisions of the 1991 amendments to Title VII. Nor does that text contain provisions that would obviously support a textual basis for a disparate impact claim. Compare Smith v. City of Jackson, 544 U.S. 228, 241 (2005) (Stevens, J.) (discussing whether certain provisions of the ADEA provide a basis for a disparate impact claim). None of these points suggests that, assuming disparate impact claims are cognizable under E.O. 11246, the prima facie burden is somehow different than that described in Ward's Cove. In Smith, the Court addressed a similar context under the ADEA, which, like E.O. 11246, was not amended or otherwise addressed in the Civil Rights Act of 1991. Where the standard was unaffected by the Civil Rights Act of 1991, the Court explained that the Ward's Cove analysis would still apply, 544 U.S. at 240-41, and articulated that standard as follows:
They have not identified any specific test, requirement, or practice within the pay plan that has an adverse impact on older workers. As we held in Wards Cove, it is not enough to simply allege that there is a disparate impact on workers, or point to a generalized policy that leads to such an impact. Rather, the employee is "‘responsible for isolating and identifying the specific employment practices that are allegedly responsible for any observed statistical disparities.'" 490 U. S., at 656 (emphasis added) (quoting Watson, 487 U. S., at 994).

Smith, 544 U.S. at 241.
The Court has repeatedly emphasized that these conditions on disparate impact claims have a constitutional dimension:
In a similar vein, a disparate-impact claim that relies on a statistical disparity must fail if the plaintiff cannot point to a defendant's policy or policies causing that disparity. A robust causality requirement ensures that "[r]acial imbalance ... does not, without more, establish a prima facie case of disparate impact" and thus protects defendants from being held liable for racial disparities they did not create. Wards Cove Packing Co. v. Atonio, 490 U.S. 642, 653, 109 S.Ct. 2115, 104 L.Ed.2d 733 (1989), superseded by statute on other grounds, 42 U.S.C. § 2000e–2(k). Without adequate safeguards at the prima facie stage, disparate-impact liability might cause race to be used and considered in a pervasive way and "would almost inexorably lead" governmental or private entities to use "numerical quotas," and serious constitutional questions then could arise. 490 U.S., at 653, 109 S.Ct. 2115.

Texas Department of Housing & Community Affairs v. Inclusive Communities Project, Inc., 135 S. Ct. 2507, 2523 (2015) (Kennedy, J.).
What becomes clear in light of the Court's repeated insistence that disparate impact plaintiffs must isolate and challenge a particular employment practice is that the Court's disparate impact ruling in Dukes was based on the merits of such claims, i.e., the requirements to establish a prima facie case. And in so ruling, the Court applied its longstanding doctrine in the context of a challenge to the generalized practice of delegating discretion to managers to make pay and promotion decisions. The plaintiffs failed to identify and isolate particular "subjective employment criteria" allegedly used by managers to make pay and promotion decisions, nor did they demonstrate that the use of such criteria was responsible for statistical disparities. In sum, there simply is no basis to assert that, when pursuing a disparate impact claim, OFCCP is not "‘responsible for isolating and identifying the specific employment practices that are allegedly responsible for any observed statistical disparities.'" Ward's Cove, 490 U. S. at 656 (quoting Watson, 487 U. S. at 994).
REQUEST MORE INFO